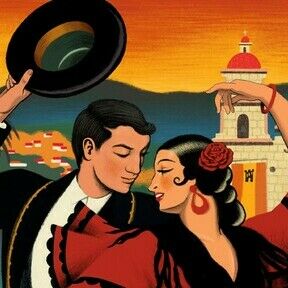 Explore Santa Barbara's fascinating history! Whether that be through a book detailing the history of the cities most famous architectural landmarks or a puzzle showing our wonderful fiesta traditions. We carry books about historically significant Santa Barbara artists, Chumash and Native American histories, and much more. Most importantly, your purchases support our mission to connect our community with Santa Barbara history. 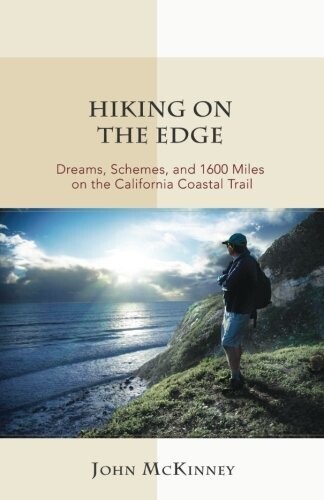 Hiking on the Edge

Adventures on the Trail Between Mexico and Oregon

When John McKinney first planned his hike, his purpose was strictly pedestrian. His job assignment was to pioneer a route for the new California Coastal Trail. a longtime dream of hikers.

To literally and figuratively put the trail on the map, someone needs to hike the whole thing, board members decided. And that someone should be John McKinney, Eagle Scout, The Trailmaster, native son of the Golden State. He was perfect for the job: strong legs, an adventurous spirit, and "he doesn't have a real job-he's a writer."

the idea for a California Coastal Trail had been floating around for fifty years, but no one, until McKinney agreed to do so, had ever hiked along the edge of the state to determine if such a trail was even possible Were the beaches passable at low tide? Could the bluffs be traveled without arrest for trespass? Could a trail be found through the rugged coastal mountains?

The intrepid trailblazer found the answers to these questions-and to more profound ones that never occured to him until he was on his challenging journey of discover. Hiking on the Edge records a pilgrimage like no other. A sage, a celebration, a comedy, and a lament, this narrative ranks with the classics of California travel literature.

Save this product for later
Display prices in: USD

Everything on our site can be purchased in person as well. We do same day shipping as well as private shopping appointments.